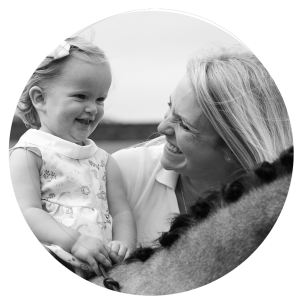 This weekend Lily and I went to a relatively big show,  we had the most awesome time!!

We laughed lots, ate tons of ice cream and even managed to smash it with a couple of reds and reserved champion .. but most importantly we had a genuinely awesome day!

But I saw some things that made my heart hurt and as an advocate for the show industry I feel thats it’s an issue than needs highlighting, not just one to be brushed under the carpet and a deaf ear turned!

We as parents are our children’s biggest influencers and this is the most precious gift we should cherish. I read an article today, stating that we only have 18 whole summers with our children, which, I think adds a lot of perspective to how fleeting our time is with our little munchkins.

First and foremost I’m a Mum! Anything my children do makes me so proud!

For example the time Lily made the feeds and didn’t get distracted (we’ve been perfecting that for the past 3 years haha) or that she can now put the pony out by herself, they both chat a lot and stop for grass, sometimes she forgets the head collar and it takes more than 20 minutes BUT it’s so fabulous watching her grow and mature and become a fabulous little horse lady.

I naively thought other mums would have this stance which is why I was so shocked at what I heard and saw on Sunday!! So much so, I have changed my blog topic for the week because it is something I feel so passionately about and an issue that appears to get brushed under the carpet far too often!

So… Here’s how the story goes… Lily and I were stood at the side of the ring waiting for our championship class.  The tinies were all in together, so we only had First Ridden to wait for. Rather than going back to the lorry Lily decided she want to stay and watch the big girls. The announcement went over the tannoy for final call and this stunning pony came bunny hopping down the walk way and into the ring.

The rider looked about 8 at the most, she was smaller than Lily, but she rode that pony incredibly! She was over horsed on a stunning but electric pony. I can almost guarantee that had it been sized up to 16hh her mother wouldnt of had the guts to do what she did!

In a well turned out class she kept this time bomb under control, she did a beautiful go round and managed a very controlled show considering what she was up against.

The entire time, the pony looked as though it was going to turn itself inside out and go off down the gallops. The fact that little girl kept her composure and managed a relatively composed show was a miracle!

At one point in the show, the pony snatch down and managed to loose her reins a little but like a pro the little girl stayed calm, sat up and stopped the pony and returned to the line up!!

I was almost cheering!! What a fantastic, brave little jockey! All I could think of was my little rebel of a 1st pony that either went in and wiped the floor with everyone OR acted like a bipolar stallion who didn’t know how to try and kill you first!! But it was a standing joke and I always took at least 5 pairs of jods and Kazza was an expert at getting rid of grass stains! Never once did I feel ashamed because of my family! They picked me up the whole time..Literally!

SO this girls mum was stood next to us swearing at the side of the ring telling her 7/8 year old how shit she is, she can’t believe her riding is a pile of w**k etc etc .. It was disgusting and I was soon at the point to confront her and say ‘excuse me we only have very young ears on the pony”..she promptly told me where to go .. oops #sorrynotsorry

She then didn’t get placed due to manners, but my god did that poor girl pay for it on the way back to the Lorry…

The entire thing made me SO sad for this little girl and she wasn’t the only one I saw under such pressure!

It should be called out & it should have consequences! Its atrocious behaviour and I don’t honestly know where else you would get away with it! At the last show one mum threatened to chop the little girls plaits off to ‘teach’ her a lesson..What lesson exactly??

Showing with children is supposed to be a Joy! A pleasure of spending the summer with little people and making memories and as adults it’s up to us to show our children, to be graceful losers and dignified winners! We ALL work our arses of day and night to do this discipline! Its hard work and expensive! But that attitude is too common around the show circuit and it’s just not nice!

Your not nurturing well rounded children dedicated to the sport, your creating monsters which spoil it for everyone, and can actually be bloody dangerous in a show environment.

So I personally think we need a change in attitude and I’m sure I’m not the only one!!

Lets get showing back to the fun and sport it used to be.

I’d love to know your thoughts …?!

102nd Anniversary of Armistice Day & our debt to the 8 million Horses, Donkeys and Mules who left our green pastures, never to return… …My love of horses, history & culture brings me to write this, some accounts are harrowing. All my research has been done

Why do we suggest using essential oils for calming? Does your horse suffer from anxiety at competitions impeding her performance in the ring?! Anxiety and Stress is a completely normal and valid reaction from any horse, throughout anytime of disruption to their routine. Especially when